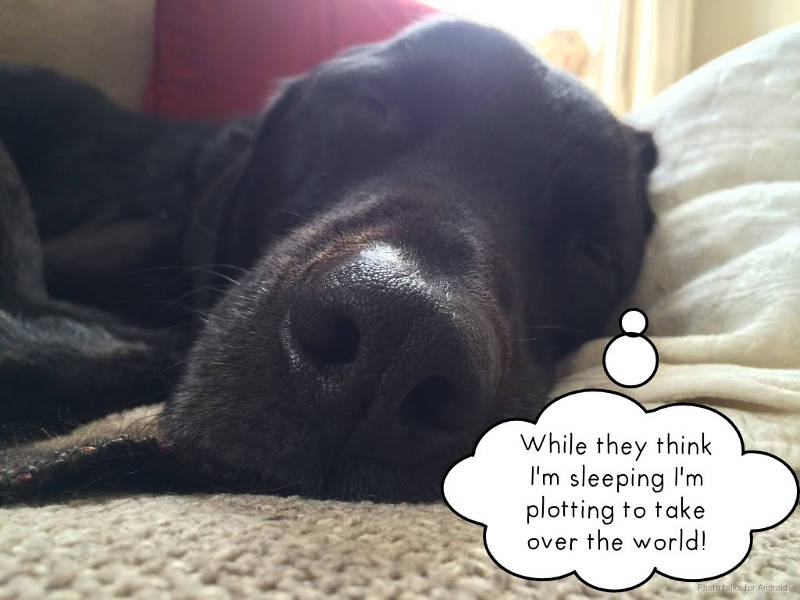 We’ve all heard the buzz words – we need to be the Alpha, the Pack Leader, or our dogs will try to dominate us.

Using pack theory for training purposes is at best ineffective and at worst dangerous.

The theory that the domestic dog is an inherently pack oriented animal is based on conclusions which were drawn which assumed that domestic dogs behaved in much the same way as wild wolves.

Wild wolves are well known to be pack oriented animals.

Research in the 1970’s carried out by David Mech was based on a pack of unrelated captive wolves. These wolves which were not related and held in captivity maintained a pack hierarchy through ongoing violent displays of aggression Scientists concluded that this is how wild wolves would behave, and therefore how we should behave with our dogs.

However, since then this conclusion has been widely disproved. The pack of wolves that were held in captivity would have been extremely stressed, and in the wild a pack consist of family members rather than a group of unrelated wolves.

In the wild wolf packs behave more like family units, with parents and children. Any leadership roles demonstrated from parents to pups do not involve any fighting as ‘the youngsters naturally follow their parents lead’ Mech 2008

Wolves rely on the pack as a team for hunting and therefore for survival. Any aggressive displays of dominance would be a waste of precious energy and may cause injury which would hinder the packs ability to survive.

In addition to this, village dogs who have also evolved from the same ancestor as wolves and dogs have are not pack animals at all. They rely on scavenging for their food as discussed by Coppinger in his book ‘Dogs’. Being alone means you don’t have to share your precious food finds!

In a recent article entitled ‘Whatever happened to the term Alpha Wolf’ written by L. David Mech, Mech discusses the decline of the use of the word ‘alpha’ in books and articles about wolves. He further discusses that ‘Rather than viewing a wolf pack as a group of animals organised with a ‘top dog’ that fought its way to the top, or a male-female pair of such aggressive wolves, science has come to understand that most wolf packs are merely family groups formed exactly the way human families are formed’ Mech 2008.

Domestic dogs like wolves are social animals and thrive in company. They have adapted to live in family units with us.

Unfortunately, the influence of the research in the 1970’s despite being disproved still circulates widely among dog owners and professionals. The term ‘Alpha’ is used to describe the leader of the pack, and owners and professionals who subscribe to the pack theory of dog training believe that our dogs are trying to take the role of the ‘Alpha’ (and be the leader of the pack) and we as human owners should keep that role for ourselves with constant shows of dominance as demonstrated by the wolves in captivity.

David Ryan says ‘The “pack” and “dominance” theory of domestic dogs is a harmful meme. It prevents many owners understanding their dogs, causes untold misery for both and is perpetuated by well-meaning but uninformed dog trainers around the world. It is proving extremely resistant to extinction.’

The pack theory has become so popular that it has been televised by celebrity dog trainers and touted as a cure all in texts by dog professionals. It is a quick fix and easy to understand. It is much more simplistic than learning theory and in some cases can be seen to work temporarily, usually where a dog has shut down.

In reality dog training and the solving of behavioural problems can take weeks if not months of very slow progress which does not appeal to dog owners and does not make good TV!

The pack theory followers suggest that we assert our authority by eating before our dogs, going through doorways before our dogs, and pinning our dogs to the ground with an ‘Alpha roll’ should they misbehave.

The ‘Alpha roll’ in particular will have an extremely negative impact on our dogs and the relationship between dogs and their owners. Our dogs will not understand what we are doing when we try to ‘Alpha roll’ then, and if they feel threatened and scared they may be forced to defend themselves and may growl, snap or bite at their owner.

Our dogs know we are not dogs. Our dogs are no longer wolves, they shared an ancestor with wolves many thousands of years ago. Wolves survive by hunting as a team, our dogs survive by scavenging and eating the food we provide. Any similarities between wolves and dogs lie primarily in their means of communication but cleverly our domestic dogs have evolved ways of communicating with us which wolves do not have.